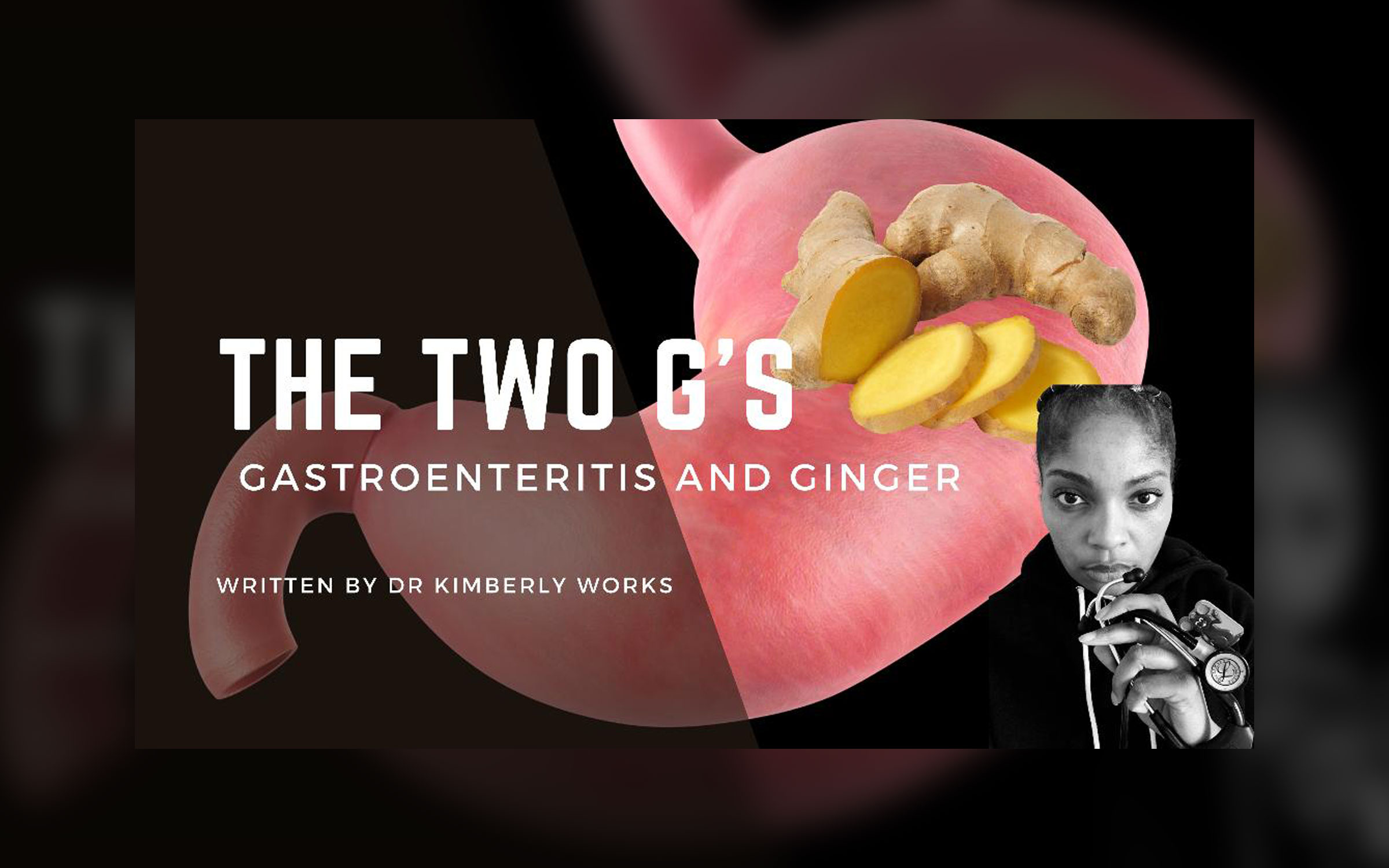 I remember my first introduction to ginger. I was in medical school on the island of Grenada. A Grenadian woman on campus offered ginger candy for my nausea, the worse part of migraines for me. And it worked! Ginger’s active phenolic compounds are Gingerols, Zingiberene, and Shogaols. It not has only antiemetic (against vomiting and nausea) but also anti-inflammatory and anti-oxidant properties. I am sure you have also heard of using ginger for vomiting and nausea but it has never been extensively studied until now.

There was a study on ginger in the July 2021 issue of Alimentary Pharmacology & Therapeutics. This study was double-blind and randomized, which means none of the participants or the researchers knew of the patient’s treatment. In the end, there was a total of 150 kids from the ages 1 to 10 enlisted in this study. 75 kids received ginger liquid and 75 receive a placebo (fake) liquid. (The color, weight, smell, and taste of the ginger and placebo were similar. Ginger has a very distinctive taste and smell, so this was a must to keep the study double-blind and randomized.)

This study was done in Italy with a group of pediatricians in primary care clinics. Children were given 10 mg of ginger every 8 hours once they were given a diagnosis of AGE. They were given this treatment until the vomiting had resolved. Parents recorded everything in a diary: number of episodes of vomiting, diarrhea, tummy pain, fever, headache, hospitalization, number of lost days of school or parent work, and plenty of other notes. The result? Those who took ginger had fewer vomiting episodes than the placebo group.

Now there were some issues with this study; for example, the small sample size, they did not test kids with moderate-severe AGE, ginger was not studied against Zofran (Ondansetron, the standard pharmacological treatment) or against its isolated active phenolic compounds. Also, there was no explanation as to why 10 mg of ginger was used. However, there were no reported adverse effects to using ginger in this study.

The main medical issue with AGE is dehydration, which we try to monitor. Ginger is an attractive alternative to Zofran. Zofran is widely used, but what if we use something natural and already in our homes? There is Ginger tea, Golden Milk, Ginger Candy, Ginger Supplements, and much more. (Children under the age of 1 can NOT have honey, and be mindful that candy can be a choking hazard for small kids.) Also, be aware that commercial ginger ale commonly has carbonated water, high-fructose corn syrup, and artificial or natural ginger FLAVOR or less than 2 percent of real ginger, like in Canada Dry. So, while this might seem like the most convenient option, it generally doesn’t do the job. If you try the ginger route, let me know!

Thank you for allowing me into your homes and lives.

As always, I am here if you need me. 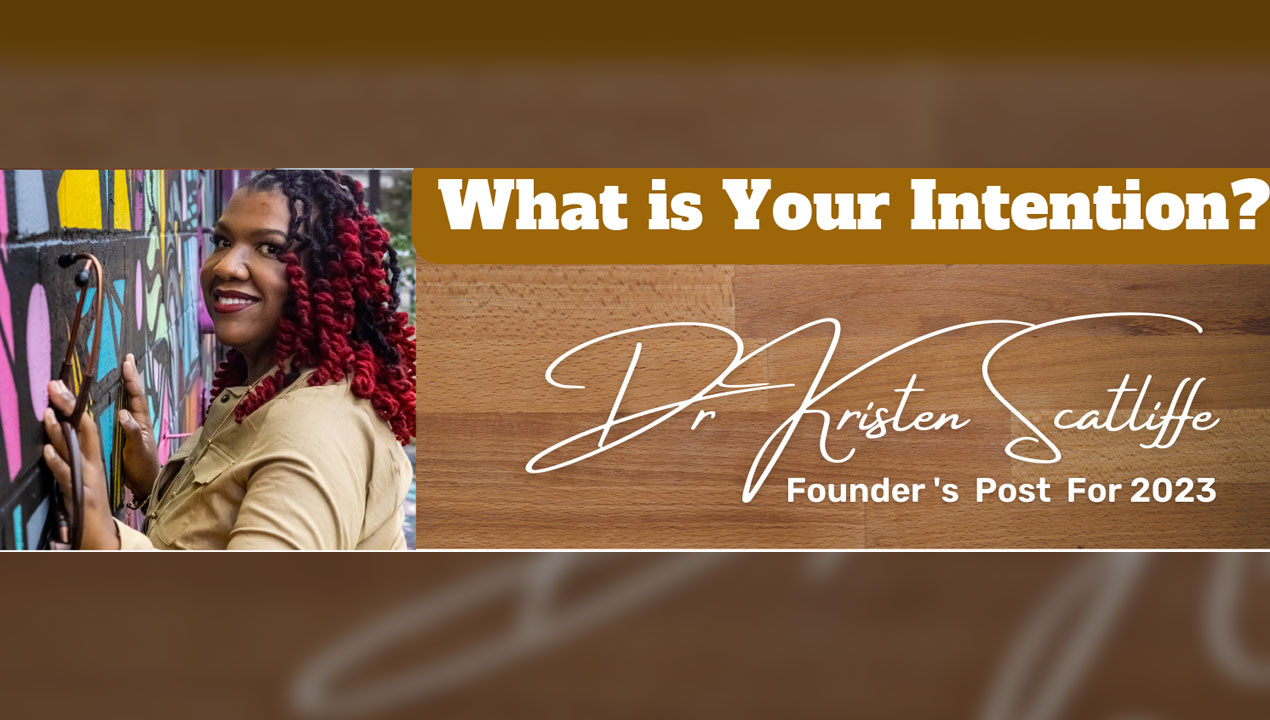 What is Your Intention? 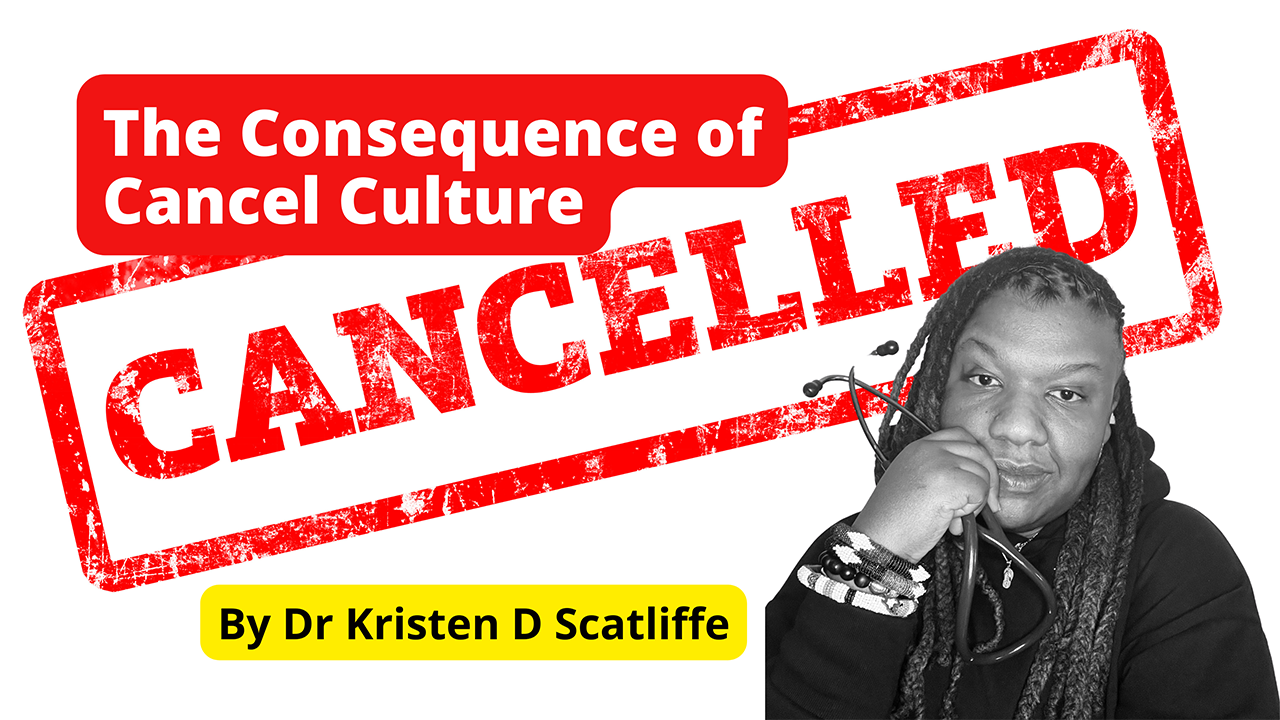 Be the first to know

Torquatos nostros quos dolores et benivole collegisti.
Thank you! Your submission has been received!
Oops! Something went wrong while submitting the form.
Home
Who We Are
What is MDFEME?
Podcast
Blog
Contact

Disclaimer 1:
MDFEME Inc. Does not own any rights to any music, gifs, reels, TikToks, etc. used in our podcasts or video production unless expressly stated. We do NOT receive royalties or ANY payment fees for the use of the forementioned content. By accessing our Podcast, website, social media pages and YouTube page you acknowledge that the entire contents and design of this Podcast, website, social media pages and YouTube pages are the intellectual property of MDFEME Inc., or used by MDFEME Inc. with permission, and are protected under U.S. and international copyright and trademark laws. Except as otherwise provided herein, users of this Podcast may save and use the information contained in the Podcasts, website, social media pages and YouTube pages only for personal or other non-commercial, educational purposes. No other use, including, without limitation, reproduction, retransmission or editing, of this Podcast may be made without the prior written and express permission of the MDFEME Inc., which may be requested by contacting MDFEME Inc., via e-mail at mdfeme@gmail.com