In 2022 being cancelled is as common as going to the grocery store or getting your car washed.

It is as likely for a public figure or influencer to be “cancelled” for something they said, endorsed, or promoted, as it is for one to run into an old high school classmate. Similarly, it happens without any foreboding notice and it is often an unwanted and awkward experience for most, as they were not aware of the impact that their faux pas had on a particular group.

Does lack of awareness make it any less cringy when it happens???

The answer is no.

However, have we ever given anyone a measure of grace?

Will sincere remorse combined with a plea for forgiveness ever be enough to satiate the palates of the tastemakers who herald one's season of cancellation?

For those who have been, are, or will be “called out,” the best strategy is to own it! Owning your mistake immediately, followed by making changes to rectify the situation as soon as possible, and lastly liberally dispersing heaping portions of consideration and empathy will garner favor and usher you back into the fold. The original point of Cancel culture was to attain accountability. It was a means for underrepresented/misrepresented and unheard groups of people to hold those who often got by unscathed accountable for their atrocities.

However, in today’s context, it has morphed into a multivariate phenotype. A physical manifestation that can be as benign as using a common term that is considered ableist language to other cultures/groups (that said, the influencer has no previous experience with these cultures/groups/spaces and therefore is ignorant to their misstep) to insensitive commentary and misinformed ideas about others’ religions, beliefs, and ways of life.

When I mention “Cancel culture” I am referring to the modern-day leftward swipe of one’s influence from the media and social networking spaces.  An extrication that is often hailed by particular groups with unprecedented power honed from the ability to garner support from others quickly and unanimously. These groups have the ability to apply pressure to those in commercial spaces and affect financial markets quite significantly. Plainly put, money talks!

I often wonder what goes on through the mind of those who seek to cancel another.

Do they ever consider the person’s mental health during the sentinel event?

Do they ask questions like: “ Was it a bad day for them?” or “ Did they truly have intent to commit such an egregious act?”

In the minds of those that call for the cancelling, are their "grades" of cancellation?

Imagine a clandestine boardroom surrounded by glass with telecoms placed centrally upon an oblong oak table. 30-somethings in various attire, from numerous walks of life with varying fields of expertise, sit listening to the playback of the act in question or listening to the re-read of the event while they sip on their "siren-inspired" caffeinated beverages with various levels of foam, chocolate and caramel. Drinks that were obviously retrieved by a wide-eyed “eager beaver” assistant.

(As I type that sentence my mind now wonders if "eager beaver" is an appropriate term. Panic floods my fingertips as beads of sweat form on my brow. I scroll frantically to google to look up the frequently coined term to make sure it is free of negative inference, implicit bias and not tainted by some scorched history surrounded by ableism.)

This “call-out culture” can be simply defined as a form of ostracism. The birthing of pariahs. A complete textbook isolation that may lead to the severe collapse of other areas of an individual's life, including but not limited to: impaired career advancement, financial instability, and even fractured interpersonal relationships (platonic, romantic & otherwise).

Sankofa is the concept of knowing one’s history in order to guide one's future steps. This idea is central to why I believe it is important to understand the history of Cancel Culture before diving further into the conversation.

The original usage of “cancellation” promoted the idea that Black people should be empowered to reject cultural figures or works that spread harmful ideas. "Cancelling" was and is a way for those who have no power within a space to say “we elevated you to your position and now we will choose to ignore you.” It was a tool being used by a systematically oppressed group of people to reclaim their power and to hold individuals accountable, finally, after centuries of no accountability.

The main difference in 2022, compared to previous years, is that it has now evolved from a tool for racial equity and is now being weaponized against those it sought to protect. Any and everyone, even those who come from underrepresented spaces, cultures and or ethnicities are dragged under the magnifying lens of social media for saying the wrong thing. Many with a significant social media presence have developed a “mini-dictionary” of psychotherapeutic terms and have begun conducting their own analysis during IG live discussions, where they label others with terms that should only be used by trained professionals within a therapy session.

The desire to be relevant and trend has created the inundation of cancel culture.

A word is spoken… a silence falls across the room.  There is a faint gasp from a few corners, and then a hand reaches slowly upward to the sternal notch and clutches an exquisite string of absolutely flawless invisible pearls. Eyes have never rolled so deeply, and now the faux pas has escaped into the atmosphere. This is the warning shot. Your cancellation is coming!

How do we know what to say or do as we traverse multiple spaces in an effort to cross-influence? How can we withstand the need to push another off the cliff for likes and follows? How do we remove this outrage culture that is stifling free speech and creativity and in turn removing empathy from social media platforms?

Simple, let's bring it back to the beginning.

Remember you don't want to be ILL!

Whenever embarking on speaking on any topic remember you never want to be any of the following:

Therefore make an effort to do the research and read about unfamiliar topics to familiarize yourself with the landscape before trudging through the mind field. Always make it make sense. Logic is an excellent resource; employ it often. Finally, do everything from a place of love and kindness. Let your actions be filled with the intent of making this place we call earth better.

Being “woke” and “cancelling” began as calls for accountability but it would be inept of us to not recognize the transformation this process has had and the possible harm it could do to an entire generation of thinkers. Social systems founded on structural racism that have long failed marginalized people and communities are still in place and pushing this strategy forward. What I believe we are witnessing is not so much a push of forward-thinking activism, or a wave of accountability, but rather a shift to a system of reprimand, punishment and consequence! The sheer shock factor it creates! We want the gasp, the clutched pearls, the absolute fallout. It is sensationalism and it sells.

Levar Burton said it best: “ The consequences are finally encompassing everybody in the society, whereas they haven’t ever been in this country.”

So I will continue to pause mid-recording and remind the members of this awesome collective to pay attention to the things we say, and who may be affected. However, we won’t catch everything all the time, so we ask for your patience as we learn and strive to be inclusive and sensitive in all of our conversations. "We are not doing this for the likes" as Chronixx so aptly put it, but rather to see everyday people like you feel empowered to be heard, be healing and healthy. 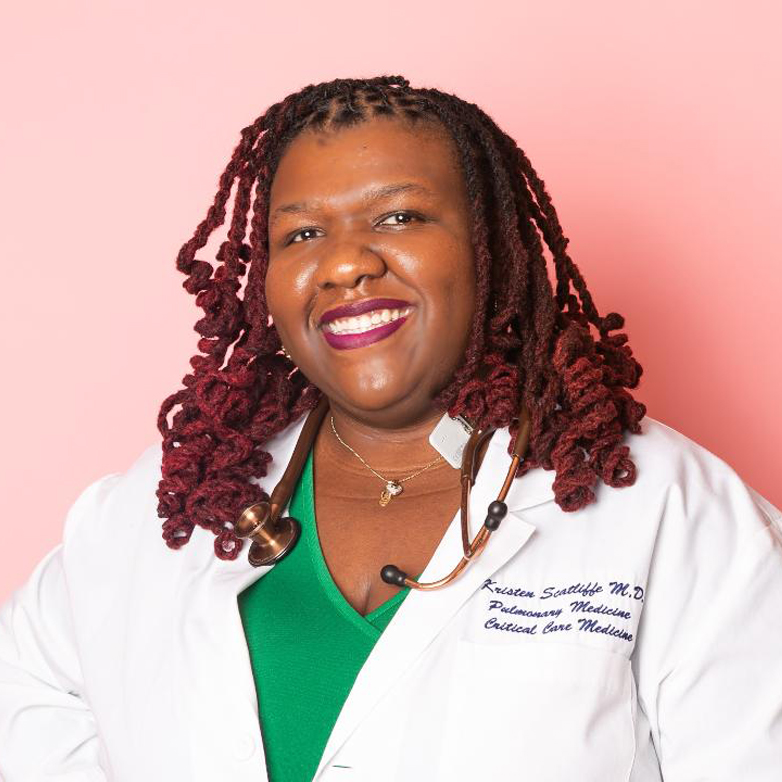 RSV season is here! Hospitals in at least 36 states are already feeling the crush, and 71% of 40,000 US pediatric hospitals are filled. What’s scarier than these statistics is that we are still early in the season.

An honest and transparent opinion from a black female physician currently facing the pearls and perils of breastfeeding.

Raise your hand if you apply sunscreen every day. Raise your hand if you reapply your sunscreen every two hours as directed. I can personally say that neither of my hands are raised. I may apply my Facial Moisturizing Lotion with SPF 30 in the mornings but I never reapply. And I definitely do not apply anything stronger on the weekends when I am out hiking running or biking. Never. Yes, I need to do much better.