It was midway through my third year of residency, and I was rotating on the admitting service. My role was to evaluate patients recommended for admission by the ED and determine which level of care would be suitable. In that role, I was both experienced and comfortable. I was no longer the intern who expected my white coat, embroidered with my name and title, supported with my eye-level ID and accessorized with my stethoscope, to communicate to all, unequivocally that I was, in fact, a physician.

That day, I had been called to see an 82 yo F who arrived to the emergency room for acting unlike her usual self. The ED had found her to be hypoglycemic and after a few hours under observation, she returned to her baseline mentation, but her glycemic control remained suboptimal and a potpourri of medical ailments had begun to emerge.

I met Mrs. M along with her daughter who had brought her in.

“Hello Mrs. M, I am Dr. Lynne Fakeye, and I am part of the primary medical team that will care for you during your hospitalization.”

I collected the history from Mrs. M with the assistance of her daughter. At the end of my interview, I asked Mrs. M if she understood what I’d explained and whether she had questions.

“I’ll wait for the doctor to arrive said, Mrs. M.”
“Oh Mrs. M you misunderstand, I am your doctor. Can I answer any questions for you?”

Mrs. M as she laughs responds:
“You’re not a doctor, you’re just a girl, stop playing with me!”
“Mrs. M I assure you I am a doctor! here look at my ID, it says so on it.”

Mrs. M’s daughter taken aback was now reassuring her mother that my credentials were valid, while apologizing to me, but Mrs. M insisted, she would wait until the “real doctor” came. At that moment the first-year resident, 2 training years my junior, who had been with a different patient entered the room, and before he could introduce himself, Mrs. M, excitedly pointed to him:

This first-year resident happened to be a tall white Hispanic male.

At sign-out, I enlisted my colleague who was taking over, she happened to be a taller and very slightly more physically imposing black woman than I was, we wore our white coats, and looked as professional as could be, we went again to see Mrs. M, but she only acknowledged our white male counterparts as physicians. For the remainder of her stay we assigned Mrs. M to white males whenever possible, she did well and was discharged home.

This is an extreme example but from the beginning of my residency in June 2016, I have had different versions of these encounters where a patient was simply unable to reconcile my physical appearance with that of someone who might be their doctor. It is impossible, and of little use to ascertain whether their difficulty stemmed from a bias towards my race, gender, apparent age or an intersection of all three- I am by most standards a small framed, dark skinned woman with a face younger than my years- but it would be misguided and naïve to completely dismiss race as a component in my patients’ assumptions.  As with many instances of discrimination that are not harsh or transparent, I didn’t discuss these occurrences with anyone at first, I didn’t formally label them, it simply became something that sometimes happened. That all changed in October 2016 when the hashtag #whatadoctorlookslike became a sensation after Dr. Tamika Cross was prevented from providing medical care to an active patient aboard her flight, that same month Dr. Ashley Denmark had a similar experience and 2 years later Dr. Stanford Fatima who had begun carrying a copy of her medical license after Dr. Cross’s incident was also challenged despite having presented her credentials. It was clear then, that this was a common occurrence for many of my non-white female colleagues and for all the black female physicians I knew. Before then my “patient to provider“ experiences with race in medicine was divided into two categories, the extremely rare instances of blatant racism complete with name calling and refusal of my care and the fairly common community pride which manifested as black grandmothers hugging me when they heard I was going to be a doctor, mothers asking me to speak to their daughters, strangers genuinely sharing in my personal success as if it were their own.

This is not a new story in medicine, and my experiences along with the ones of many physicians while lacking the fanfare and sensational outrage provoked by the inflight events relayed above presaged a troubled future.

We as a country have become attuned to the importance of diversity as an invaluable tool in all our workplaces, the more we look like the people we serve, the likelier we are to understand them. The concept of diversity is continuously expanding to include all conceivable differences such as race, ethnicity, nationality, gender as a non-binary entity, age, creed, weight, physical ability and disability, sexual orientation, to list only a few. Our healthcare system is growing along with our country, and a diverse physician workforce is already upon us.

In the past 30-40 years, in response to an increased demand, the US physician workforce has more than doubled. The percentage of female physicians has risen from below 10% to over 30% and that of minorities has increased from 25% to over 40% in the last decade. Black physicians account for 5% of the physician workforce in the US but are the only group in which the percentage of female physicians is well over that of male physicians. In all racial groups, women account for more than 50% of physicians younger than 34 and while the projections for racial diversity especially in African Americans are not as encouraging as the gender projections, the physician workforce of 2020 looks nothing like the physician workforce of 1980. Medicine is no longer, a man’s or more precisely, a white man’s world. Furthermore, not acknowledging this difference is resulting in increasing potential for adverse outcomes. Had the patients on Dr. Cross and Dr. Denmark’s flights not had access to other medical providers or had they been sicker, the outcome might have been disastrous. As physicians, it is our duty and our privilege to provide excellent equitable care, any threat to that mission, whatever its source, is a threat, not only to our healthcare system but to our entire nation and its posterity.

At my current hospital, white males are the least represented minority in the hospitalist group and while this small reservation hospital is clearly an inadequate surrogate for our healthcare system, it is increasingly apparent that white male physicians will not only cease to be the default, they may no longer be an available option. I’m not sure whether the solution is a large nationwide visibility campaign or our ongoing insidious infiltration into the workforce, with our persistent and unwavering presence in the face of their determination to deny our existence but, as many small rural communities have already learned, the time has come for us to redefine what a doctor looks like in America.

Diversity in the Physician Workforce: Facts and Figures 2010

Rao, V., & Flores, G. (2007). Why aren't there more African-American physicians? A qualitative study and exploratory inquiry of African-American students' perspectives on careers in medicine. Journal of the National Medical Association, 99(9), 986–993. 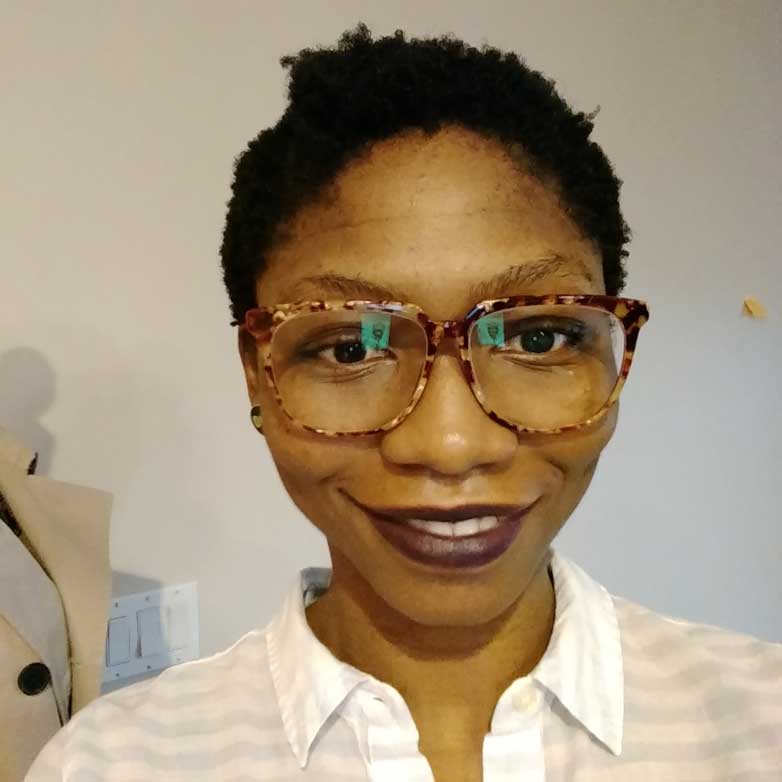 Lynne Fakeye MD, MPH
Lynne Fakeye MD is a board-certified internist currently practicing as a locum hospitalist in Arizona. She completed her Internal Medicine residency training at Newark Beth Israel Medical Center in Newark, New Jersey. Outside of medicine,she fancies herself a lover of art especially when it intersects with ordinary daily life. She is active on social media: IG @reclusemarron
Sunscreen Reapplied

Raise your hand if you apply sunscreen every day. Raise your hand if you reapply your sunscreen every two hours as directed. I can personally say that neither of my hands are raised. I may apply my Facial Moisturizing Lotion with SPF 30 in the mornings but I never reapply. And I definitely do not apply anything stronger on the weekends when I am out hiking running or biking. Never. Yes, I need to do much better.